A New Home And Future For Melbourne Fringe 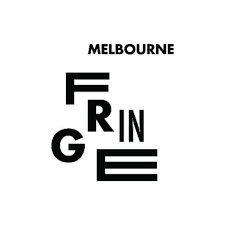 The historic Trades Hall in Carlton will become the new headquarters of the Melbourne Fringe Festival and home to a new creative hub for Victoria’s artists, with the support of the State Government.

Minister for Creative Industries Martin Foley joined Fringe artists, past and present, to announce the move which heralds a new era for Australia’s biggest celebration of independent arts – and for the iconic building.

The Labor Government has invested $150,000 through the Creative Spaces program to facilitate the move, alongside contributions from the Helen Macpherson Smith Trust and private donors

Melbourne Fringe will take over Trades Hall’s Old Ballroom and Annexe, with an all-year offering for artists and audiences alike.

As well as being a focal point of the annual Melbourne Fringe Festival, hosting about a quarter of the program, the venue will be open all year round, buzzing with performances and creative activity.

It will be an affordable venue for music, dance, comedy and other performances as well as a space to pioneer new creative work. It will also host events, workshops, masterclasses, forums, meetings, residencies and other activities supporting the independent arts community.

This project won’t just provide Melbourne Fringe with a roof over its head, it will also contribute to the organisation’s long-term sustainability – and to Victoria’s arts sector more broadly. As a year-round licensed venue, it will generate income to further support local independent artists and Fringe’s work.

Last year’s Melbourne Fringe Festival served up almost 450 events and attracted an audience of 350,000. The 2019 event will run from 19-29 September at more than 170 venues across the city, including Trades Hall.